For the first time in fifty years, a solo exhibit for Chaïm Soutine is being presented in Israel. The exhibition allows visitors to refamiliarize themselves with Soutine’s work and examine its impact on three generations of Israeli artists. These local artistic contexts extend the scope of Soutine’s influence beyond his work among Jewish artists in Paris of the 1930s and 1940s. The seminar, which will feature presentations by lecturers from France, Lithuania, and Israel, will be divided into two parts: One devoted to the work of Chaïm Soutine, and the other to Israeli art. 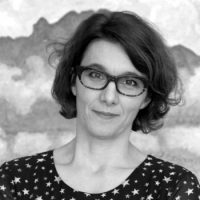 Chaïm Soutine and Alfred Barnes
In 1922, American art collector Alfred Barnes visited Paris and bought about fifty works by Chaïm Soutine. This purchase brought about a dramatic turnaround in Soutine’s life, turning him at once into a renowned artist who was treated differently by artists, collectors, and gallery Owners. This lecture will discuss the complex relationship between Barnes and Soutine and the impact their encounter had on the artist’s work. 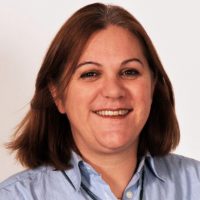 Sophie Krebs - Chief Curator, Museum of Modern Art of the City of Paris

Chaïm Soutine and the Jewish École de Paris
Chaïm Soutine has always been identified as part of an informal group of expatriate artists who came to Paris in the early 20th century. These artists were known as the École de Paris (School of Paris), to distinguish them from other groups of French artists. Initially, this term was used somewhat xenophobically, but that changed when the American art collector Dr. Alfred Barnes arrived in France to acquire works by contemporary French artists. Barnes returned to the United States with a bundle of paintings by Soutine, until then an unknown artist. Barnes’ selection of Soutine’s works catapulted the artist’s career forward, while simultaneously provoking envy and anger in nationalist-oriented France, which was still licking its wounds from World War I. A more mythical definition of the École de Paris is based on tall tales surrounding Soutine’s personal life, which linked the group to the traits of expressionism, which were very far removed from the mainstream French spirit of the time.

Soutine’s Early Years: Minsk and Vilnius
Much has been written about the life and work of Chaïm Soutine, but his early years as an artist have remained unclear. This talk will shed light on Soutine’s childhood in the town of Smaliavičy; his studies at the Minsk Art School and with his first art teacher, Jacob Krieger; and his years in Vilnius, where he studied with such teachers as Ivan Trutnev and Ivan Rybakov. In recently published articles, Dr. Širkaitė unveiled new archival data on this period in Soutine’s life, based on her research and that of her colleagues in Belarus. 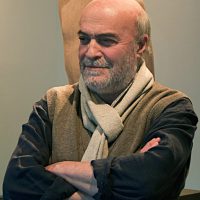 In the Shadow of the Volcano: Israeli Artists in Soutine’s Paris
This lecture will highlight a dark and dramatic aspect of the fascination with Paris as a global center of art and the exclusion of Jews from French society and culture. In the days of the collapse of European liberalism, the unique style of the Jewish artists working in Paris in the 1930s (Chaïm Soutine was undoubtedly the most well-known) was denounced by anti-Semitic intellectuals in France as an expression of “too Jewish” otherness and a subversive declaration that threatened Western values. It was precisely then that artists from pre-state Israel who traveled to Paris – in part due to a collective identity crisis – developed a social and artistic affinity for these Jewish artists. In the work of these early Israeli artists, one can see a critical alternative to the establishment Zionist ideology of those days, and especially to the Orientalist passion for the East as an expression of authentic “Eretz Israelism”, all in the shadow of the approaching volcanic eruption. 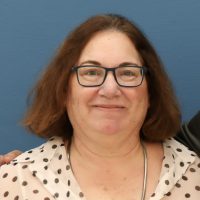 Overview: Soutine and Israeli Art
This talk will examine young Israeli art from an international perspective, based on three directional themes: the thick brush and the immediacy of touch; “Naked Soul” in thin, twisted, and expressive lines; and focusing on the victim. In the background, we will discuss how the artists confront questions of gender and identity, war and daily life, ritual and religion.

Artists panel moderated by Yaniv Shapira
Examining Soutine’s influence on the painterly language of some of the artists participating in the exhibition
Featuring Idit Levavi-Gabbai, Jonathan Hirschfeld, Assaf Rahat, and Tama Goren

This Symposium was made possible through the generous support of: the Jacqueline de Romilly Foundation under the aegis of the Fondation de France, the French Institute in Israel.