Two installations by Amos Gitai are on display at the Museum of Art, Ein Harod in the spring of 2011: Munio Gitai Weinraub: Traces is located in the underground space of the storerooms that are currently in advanced stages of construction; Efratia Gitai: Letters is installed in the Museum’s well-lit upper galleries.

The tension between two practices – accumulation and transmission – is integral to the Museum’s activities as an institution, and is embodied in the locations of these two display spaces – one underground and hidden from view that serves for storage, sorting and preservation; the other elevated and representational and used for exposure and display. We have here, then, a discourse both concrete and metaphoric about the dialectical relations between the archival, the law, and knowledge, on the one hand, and issues of representation and staging, on the other, with all the disparities inherent in such a discourse, which charge it with ethical and aesthetic meaning.

Traces and remnants of documents – memos, minutes, letters – serve as a point of departure for the installation on show in the Museum’s storerooms, which center around the legal proceedings conducted in Frankfurt by “the German Reich against the engraver Wilhelm Gohl, the traveler Georg Fellendorf, the architect Munio Weinraub, and the student Heinz Schwerin” in July 1933. The four accused were charged with “treason against the German people and acts of high treason”. This is a test case that represents an extreme format of legal and archival logic – a fixed mold with a calculated structure that imposes norms and passes predetermined judgment.

In the course of a staging that extends across various mediums, Gitai suffuses this compilation of documents with the subjective and intimate dimension that has been suppressed in it, and in the process accords the figure of his father with an “absent-present” status, thus making it possible to go beyond the specific temporality of the particular event to the living, changing, present that is full of contradictions. The documents from Munio’s archives, like the documentary materials in Gitai’s films, refract in one another’s reflections and in fragments from earlier films, such as “In the Name of the Duce” (1994), which documents the election campaign of Alessandra Mussolini. In his installations Gitai time and again constructs a body that does not become fixated in a static structure. However meticulously planned its limbs are, it remains dynamic and open to the random, co-opting beginnings of films that focus on recently exposed sources, juxtaposing points of view that are always partial, and responding to the challenge of being constructed anew. 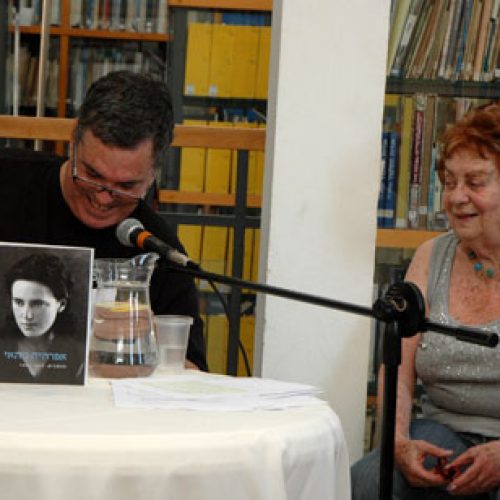 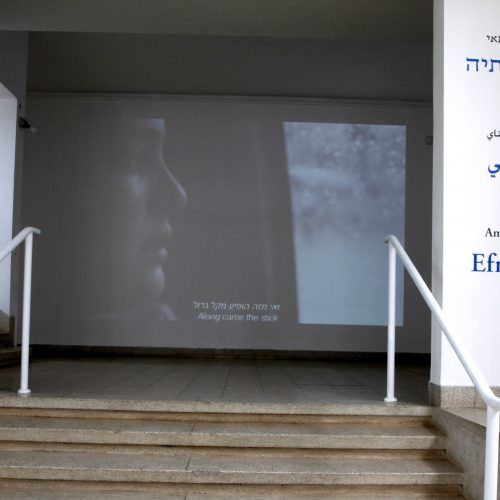 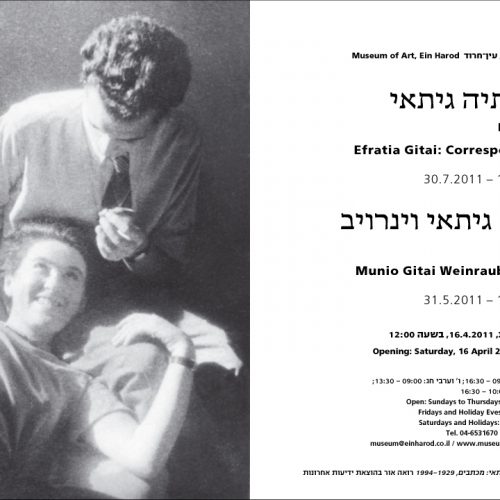