A book and an exhibition at the Museum of Art, Ein Harod uncover an impressive body of work by one of the few women artists who was successfully active here during the 1960s in the field of abstract art.
Also active in that period were Hagit Lalo, who died in 1961, and the best-known abstract Israeli woman artist, Lea Nikel (most of whose works were shown at a later time), as well as a few other women artists whose works were occasionally included in exhibitions of abstract artists. “The Winter Exhibition” was shown in Tel Aviv, 1969, an elegant invitation in glossy black with 11 signatures of artists in white handwriting: Tumarkin, Stematzky, BarEl, Dorchin, all of them men, the select of the Israeli abstract, only one of all the signatures a woman who signed with her proper name: Hayuta.
Who was Hayuta? A survey of her life and work reveals that she was awarded the Norman Prize in 1964, and then traveled to Paris for a two-year stay. Before leaving she participated in the “Tazpit” exhibition beside Aika Brown, Itzhak Danziger, Moshe Kupferman, Yehiel Shemi and Igael Tumarkin.
In Paris she won immediate recognition. In 1965, less than a year after her arrival, she was chosen to exhibit at the Museum of Modern Art of the City of Paris with a select group of 20 artists (an almost absolute majority of them men). The exhibition’s title, “Schema”, expressed the curators’ wish, in both the exhibition and its accompanying catalogue, to rearticulate the importance and the power of the abstract, and to do so by means of a third generation of abstract artists. A principal motivation for this was their perception of the return to figurative art at this time as a shift of emphasis from the complexity of the language and from the abstract’s potential to echo what lies beyond the explicit.
In Israel, too, a struggle was being waged in the same period, mainly against the figurative, “Jewish”, orientations of the Tel Aviv Museum under the directorship of Haim Gamzu. The central figures rallying the associations of alternative artists were Raffi Lavie, Aika Brown, and several other artists, who spoke out against the “commerce in Jewish motifs and the use of symbols that long ago lost their meanings”, and called on the museum “to show the fruits of their creations in a correct light and an uncompromising spirit” (Introduction to the “Tazpit” exhibition. 1964).
Hayuta participated in all of the following exhibitions: the Fall and Winter exhibitions, the “Multi-ism” exhibitions (1970), the “Artists of the Abstract” exhibition (1971). The nine artists who participated in the latter exhibition were selected by Raffi Lavie and Eliyahu Gat, and included Zaritsky and Kupferman, as well as two women: Hayuta and Leah Nikel.
In the ’70s Hayuta moved to the USA for family reasons, and there she continued creating and developing her oeuvre. In recent years she moved back to Israel, and this exhibition that is being presented at the Museum of Art, Ein Harod, accompanied by a book, is the first to uncover the profundity and richness of her work.
Hayuta Bahat studied art at Oranim (1957–1959), where her teachers were Janco, Wexler and Yehiel Shemi; worked on sculpture with Itzhak Danziger (1959–1960). Her first exhibition was at the Katz Gallery, Tel Aviv (1962). In 1972 a work of environmental sculpture that she had planned at the Amal School (architect: Ram Carmi) was inaugurated. 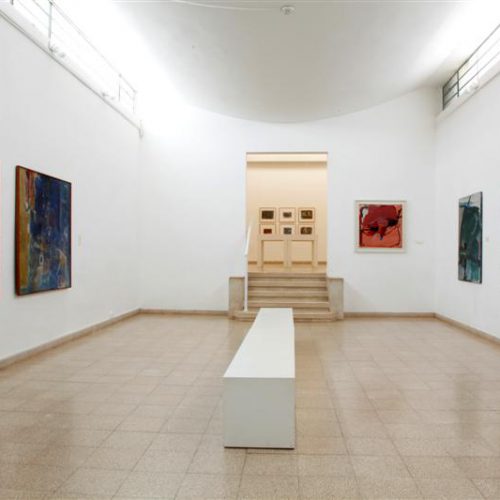 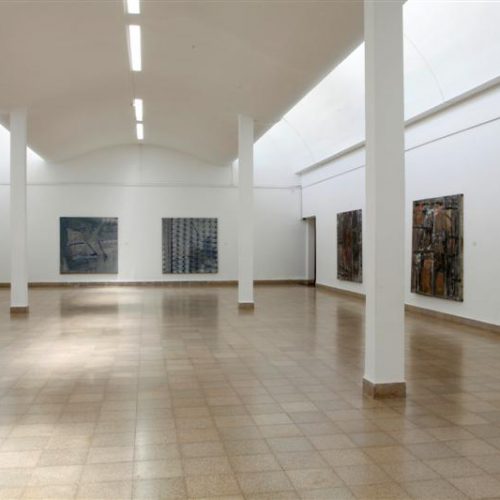 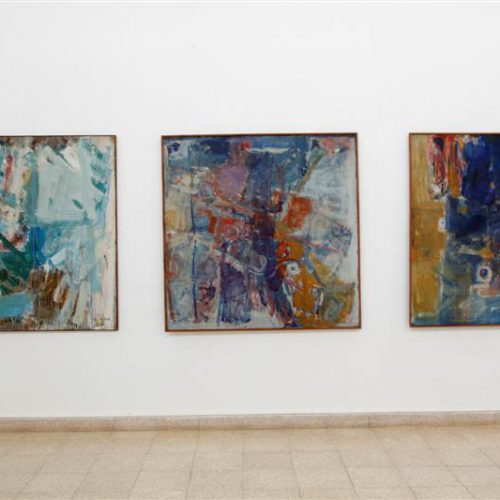 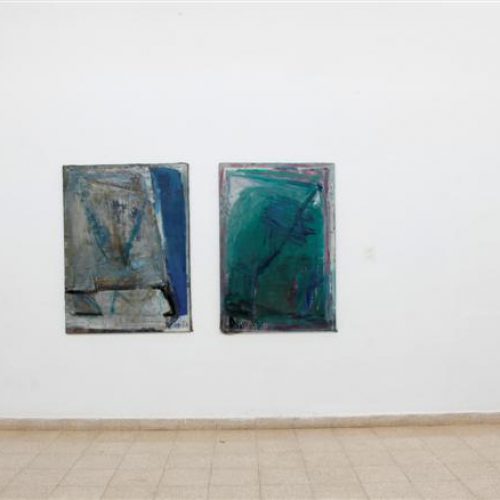 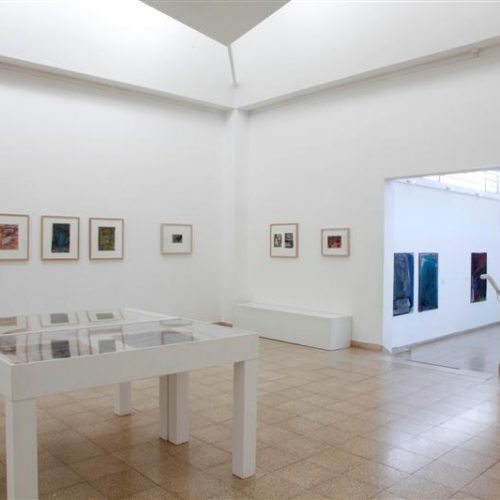 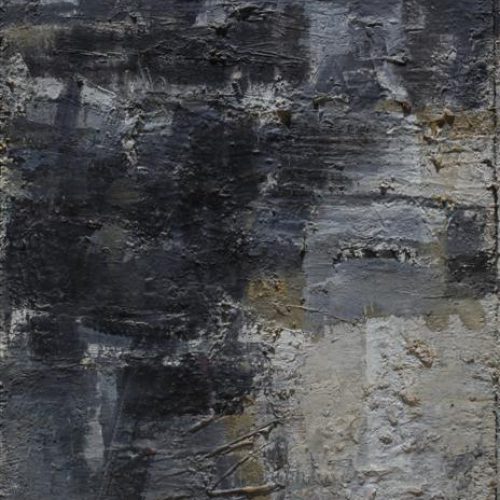 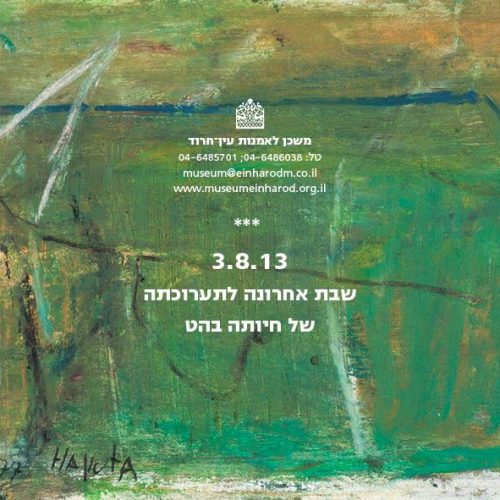 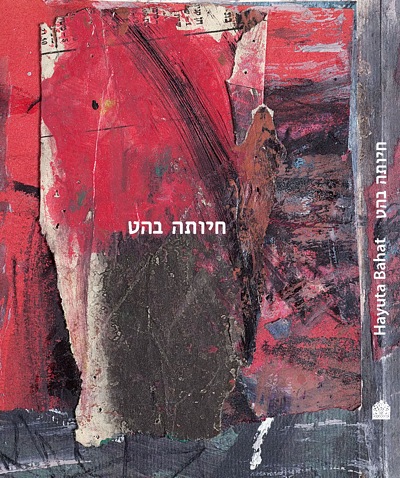