Idit Levavi Gabbai’s exhibition offers an in-depth view of the artist’s works from the past decade. This body of work introduces her artistic development as based on “questions and answers” troubling her soul, essentially pertaining to biographical and collective identity. Levavi Gabbai is second generation Israeli-born; her grandparents were among the founders of Kibbutz Merhavia, and her father was the kibbutz’s first child. “My family story began from a zero point,” she says, “I was brought up on the concept that salvation is based on hopes rather than memories. In my childhood home in the kibbutz memories were not given legitimacy. I grew up in a type of void, in a consciousness vacuum.”

Discussion of Levavi Gabbai’s later works, featured in the current exhibition, requires an understanding of earlier chapters in her oeuvre; at the same time, it deviates from their customary identification with notions of kibbutz, group, and family. Levavi Gabbai’s introduction to the chronicles of her grandparents played a crucial role in creating the transition in her artwork. Ever since she decided to explore and contain their world in her work, she says, her painting transformed from a painting of a question into painting of consciousness. This transformation is discernible mainly in her color palette, which has since been based mainly on pastel hues of vanilla-yellow and industrial green; in the various manifestations of the towel in her works, which attest to mental and mediumal transformations; and in the diverse manifestations of the sun, mainly represented in affinity with the painting Pioneer-Sun by her grandfather, Meir Levavi.

In addition to all these, Levavi Gabbai’s imagery includes scars, hangers, shelves, moons, indigenous (Eretz-Israeli) flora, and structures from the historical pioneers’ courtyard in Kibbutz Merhavia. Alongside the exposed, vulnerable appearance of many of her works, they also produce a clear sound conscious of itself and its surroundings. The exhibition draws its name from the title of Yair Horowitz’s poem, “At the Hour of Elucidation,” where the poet describes the transition from the innocence of youth to mature alertness, from blindness to sobriety. Entire sections in Levavi Gabbai’s oeuvre were dedicated to perusal of the transition from the world of childhood to the adult world, from the realms of the “sunshine girl” to the shady realms of adulthood. Her works from recent years devise a new painterly syntax originating in patterns of body and soul, form and feeling, memory and consciousness. The “hour of elucidation” arising from them also embodies an aspect of tikkun (rectification, mending, healing)—an “elucidation” in the sense of an understanding and a late acceptance of her childhood world, her family and the kibbutz, insights which also enable the openings of new directions in her painting.
Curator: Yaniv Shapira 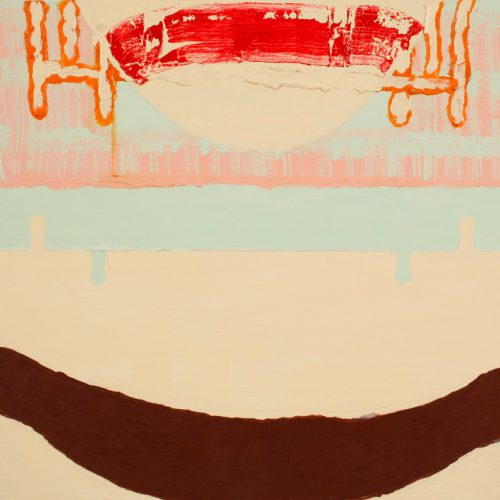 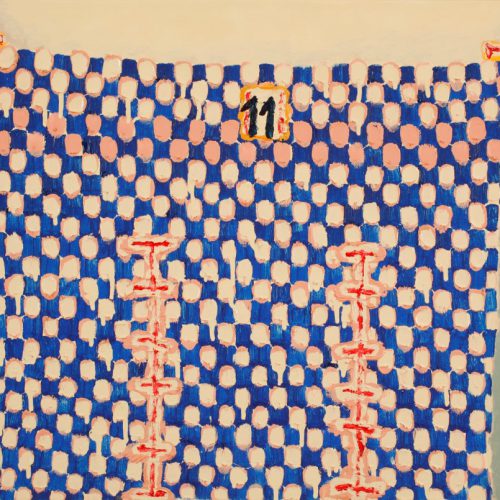 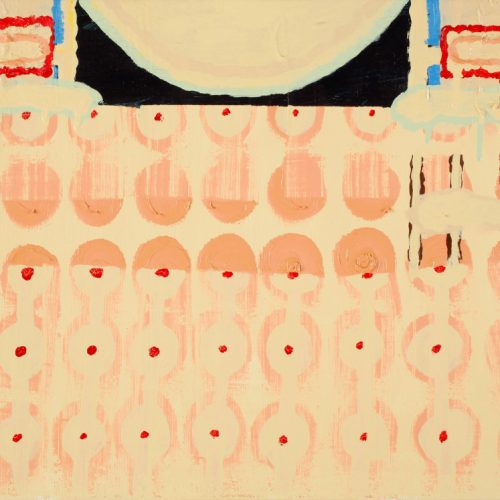 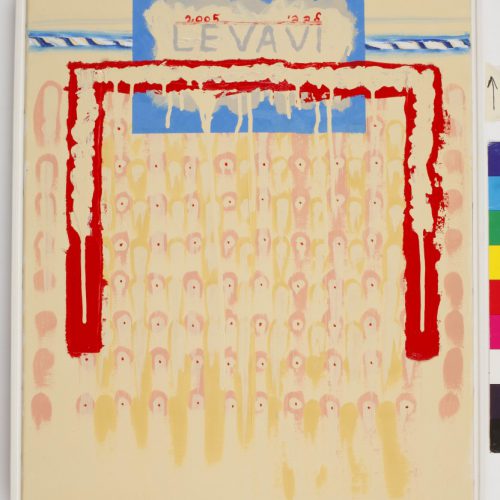 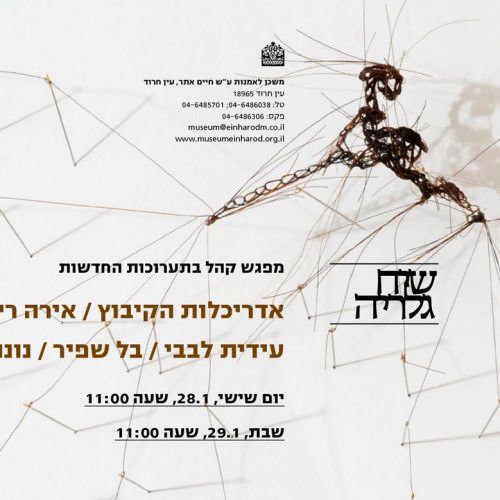