The Man with the Pumpkin Head

דף הבית The Man with the Pumpkin Head 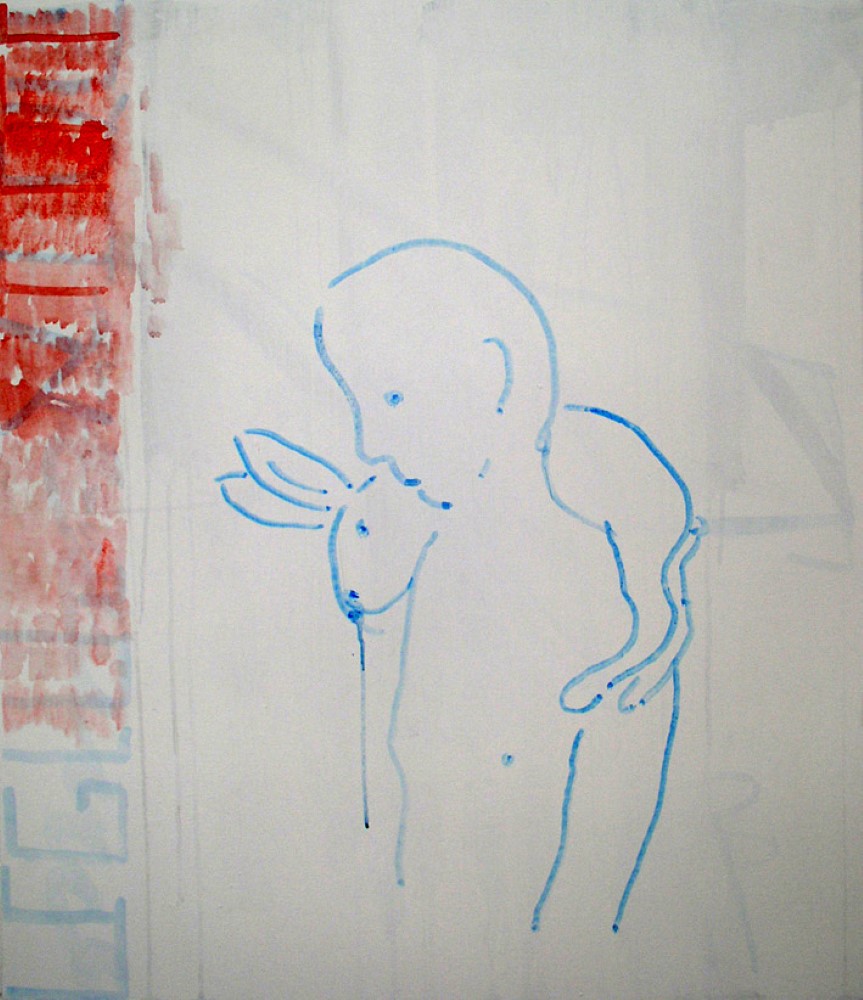 Orna Bromberg:
The coagulation of a moment in childhood repeats itself again and again using a small group of images that replicates itself in many different ways: the girl with the match legs, fish, birds of prey, and flowers.
Moshe Mirski:
The paintings of Moshe Mirsky “remember” those traumatic moments in childhood: the moments when groups of children play cruel games on each other, death, and adolescent sexual awareness. His unique line and soft transparent color scale hide fear and trepidation.
Keren Russo:
Keren Russo resurrects fragments of a dream, moments of fantasy all painted in black and white creating a frightening world: apocalyptic wars occurring in a surrealistic world, where swastikas, warriors and ancient cultures come alive in frozen images that are never fully satisfied.

The man with the Pumpkin Head

“One does not become enlightened by imagining figures of light, but by making the darkness conscious.”
Carl Jung

“Paradise Row” is proud to present On a Clear Day We Can See Forever, a solo show by Israeli-born artist Karen Russo. In her video installations, drawings, writing, and photographs, Russo attempts to illuminate the murkier side of human life, returning to visibility that which contemporary culture paradoxically encourages and obscures. Attracted to narratives of excess, and aberrant or marginal phenomena, she locates these sites as fertile terrain, a landscape abundant with instructive, yet latent, images and archetypes.

The exhibition unites two bold and compellingly investigative bodies of work. Both reference the anarco-spiritualist ideas of Joseph Beuys, positing the role of the artist as that of a gifted mediator, someone capable of visualizing energy and articulating the ineffable. To this end Russo employs subtle documentary means to examine the boundaries of what can be known and expressed, and the limits of what is often repressed.

The Mole Man is a fascinating photographic record of the compulsive activities of 75-year-old William Lyttle, a long-term resident of Hackney, who has spent several decades digging an elaborate network of tunnels beneath his house. Metaphoric parallels with Lyttle’s subterranean endeavor and artistic production generally underlie the project, and how his intentions might overlap with those of the average artist. But the underground world the work inhabits also delves deep into ideas of human consciousness and invisibility.

Target: 090913 977 (Silberschlag Crater on Moon), a video and sculptural work, commissioned by the Hayward Gallery Project Space for a forthcoming exhibition Deceitful Moon, explores a controversial mental faculty know as Remote Viewing. Discovered by ‘consciousness researcher’ Ingo Swann, and developed by physicists Harold Puthoff and Russell Targ for a CIA sponsored program in the early 1970’s, Remote Viewing enables the perceiver or ‘viewer’ to describe in vivid detail a visual target without access to normal sense data or prior knowledge. The only information the viewer receives about the target is a series of coordinates, which serve him as a reference.

The video documents the process of a ‘Remote Viewer’ attempting to identify a target on the dark side of the moon. His graphic impressions were recorded and then delivered to a professional sci-fi movie model maker, who was instructed to build a model based on the visual descriptions provided. The resulting sculpture presents a fictional lunar landscape based on psychic information, where a poetic and fictional proposition becomes more tangible than a physical place. Different modes of perceiving the world – both the world outside and world within – are engaged and a zone where the two might meet suggested.

On a Clear Day We Can See Forever operates within a crucial framework of current ideas of consciousness and perception, which provide a particular history of the artwork and its theoretical discussion. Dialogues emerging from notions of the sublime in modernism and post-modernism, most notably in the work of French philosopher Jean-Pierre Lyotard, explored how the sublime, often bound to a sense of loss, emerges through the missing contents or unrepresentable aspects of a work, and thereby functions to demonstrate the limits of rational understanding.

Russo contradicts this reading and contends that the goal of artists was explicitly to develop an art which expressed a reality beyond the material, a consciousness like that of a meditative state in which ordinary reality is transcended. On a Clear Day We Can See Forever looks at contemporary developments of such a position by re-framing the construct of the art object, and how it is viewed in 20th Century models of consciousness and perception. 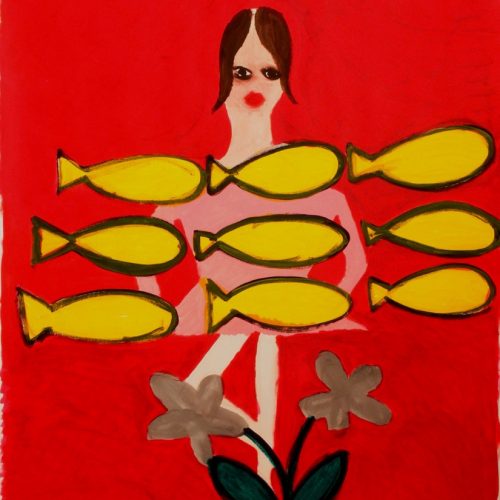 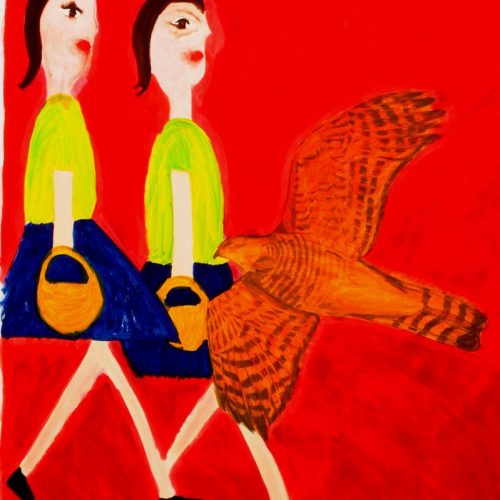 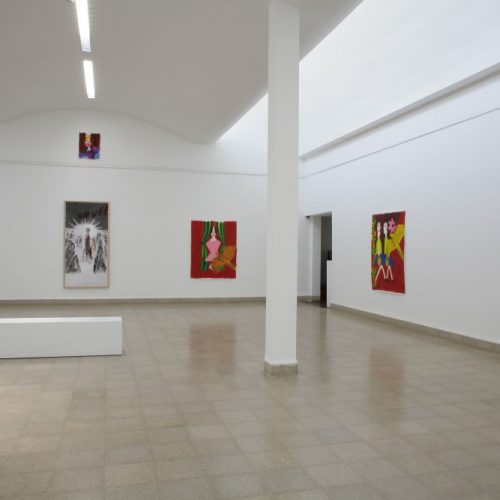 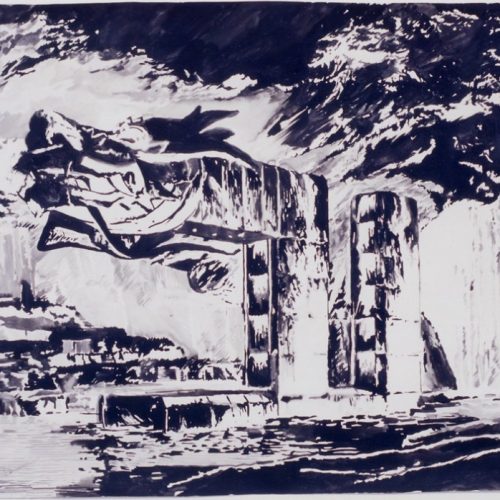 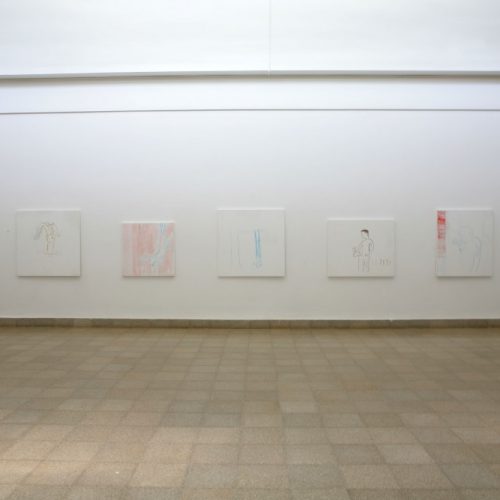 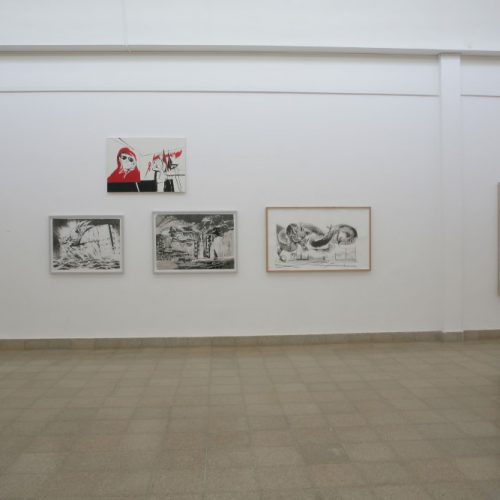 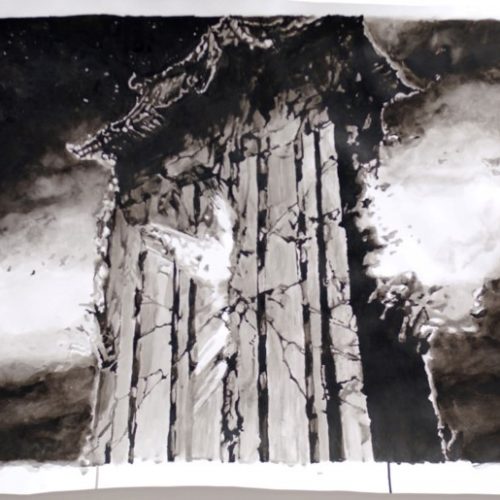 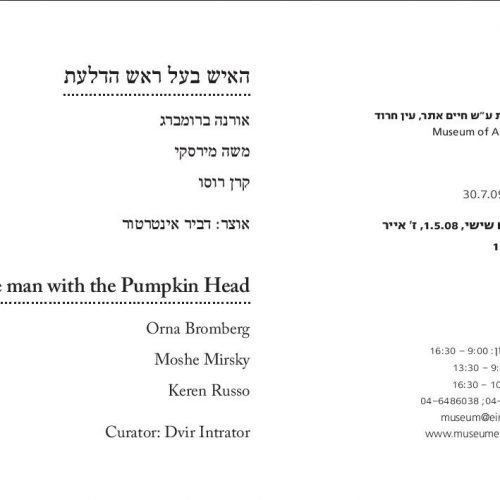 The Man with the Pumpkin Head