Dam Butterfly is set up in the space of the Mishkan Museum of Art like a beaded necklace. Films (Dam Butterfly and Macoal) are screened at its edges, and in between them are series of sculptures. The poem Macoal is the cornerstone of the exhibition. Written in English, it describes a family universe where words are bound to identities. Minds cohabit each other, and small facts take on huge dimensions to the point of blurring the distinction between pettiness and hyperbole and between compliments and insults. A universe where every organ is destiny. The poem appears in the exhibition in several forms: graphically, printed on thin sheets of paper that surround a room and a half in the exhibition space, in the soundtrack of the eponymous film, as well as in tattoos on the skin of its protagonist.

Dam Butterfly
[20 min]
The film was shot almost by accident, during my family’s vacation on an island in Thailand in the summer of 2013, after we discovered that the lifespan of the butterflies on the island overlapped the length of our stay there. The film stars the flight of the butterflies and the relations between it and my two children – my firstborn son and his baby sister. The protagonist is an eye, my eye, whose cornea is covered by a butterfly wing inserted underneath the eyelid using an anesthetic.
The film’s soundtrack is based on two main components: strange sounds made by my baby daughter in sleep, and the sounds of a hammer harp – a Thai instrument called “butterfly harp”. My daughter’s sleeping sounds, recorded at the same time the film was being produced, are edited into it as the butterflies’ sounds. Dam Butterfly depicts a vacation as an island of time surrounded by an unknown disaster. It was shot an edited as an event foreshadowing the film Macoal.

Macoal
[25 min]
This film features my two children four years after Dam Butterfly was shot. My son is seen walking around the Rock Garden in the Yarkon Park in Tel Aviv. As in a refrain, he is seen holding his little sister by a rope, as she hovers in the air harnessed to a pair of huge helium balloons.
My son’s body is covered with tattoos that embody the option of letting go of his sister and release her to the sky. The tattoos are shaped like a dense chronological map of grieving signs which, had he been forced to live with the guilt of dropping the rope, he would have filled the surface of his body with them his entire life. Among the marks tattooed on my son’s organs is the poem Macoal, parts of which are seen in the film overlapping with the soundtrack.
The soundtrack features the poem read in my voice under the influence of helium gas, which enables my voice to shift across ages and genders. In the background, we can hear music that punctuates the poem and emphasizes its different parts, as well as the sounds of a “butterfly harp”, birthday balloons, earing clicks and a choir whose members are also under the influence of helium.
Macoal is shot in an infrared camera, which makes the children, the clouds, and the young vegetation look albino-like. The film is composed of the shots in the park, close-ups of the tattoos, shots taken while skydiving over the clouds above the coastal plain, and shots of the sky taken from the roof of my house in the course of three seasons, from fall to spring.

The Sculptures
In the middle of the room surrounded by the pages of the poem lies an island of benches made of rusting steel gas cylinders.
At the entrance to the exhibition, the viewer encounters the huge balloons from the film, bloated with air, which restrict the entrance to the main hall.
Between the balloons and the room where Dam Butterfly is screened hang 32 ear models held up by public phone handsets from the street contaminated by innumerable anonymous touches. The models have been printed in 3D printers, using various types of plastic and stainless steel.
The ear models are based on scans of my daughter’s ear from the time she was an infant, and document possible stages in the metamorphosis of an “ear butterfly”. The models represent the ears as they could have been seen after years of idealized corruption – adorned with tattoos and earrings. 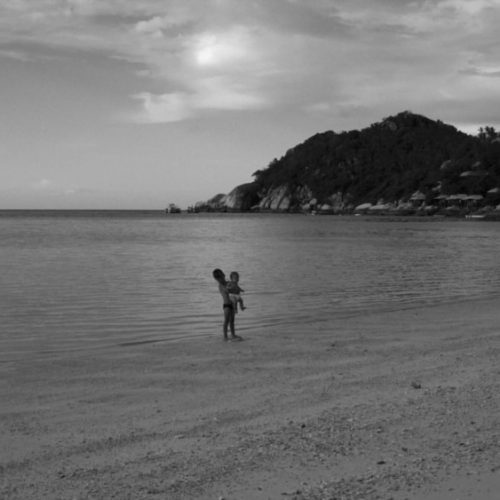 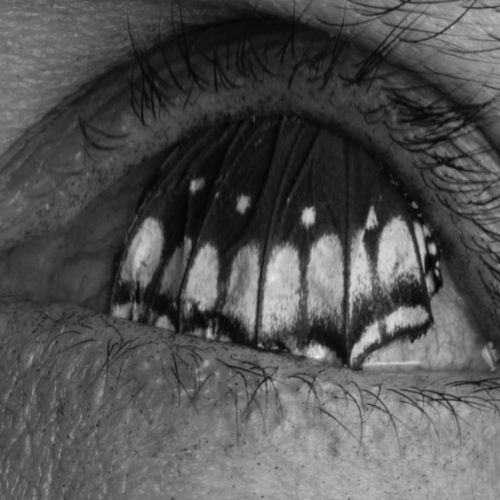 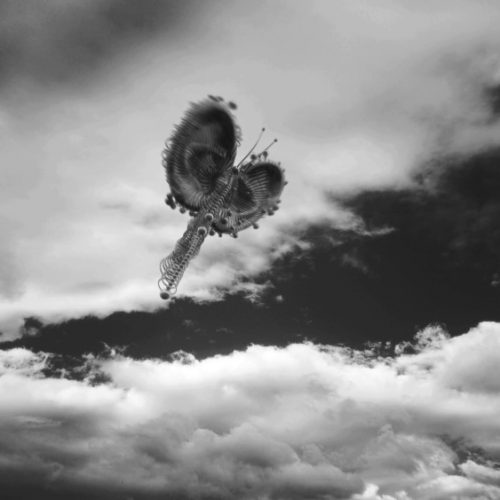 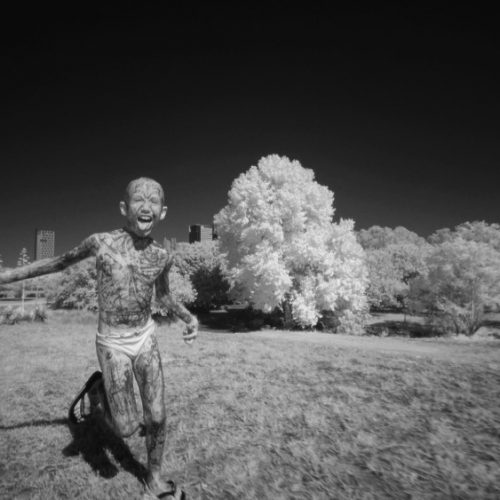 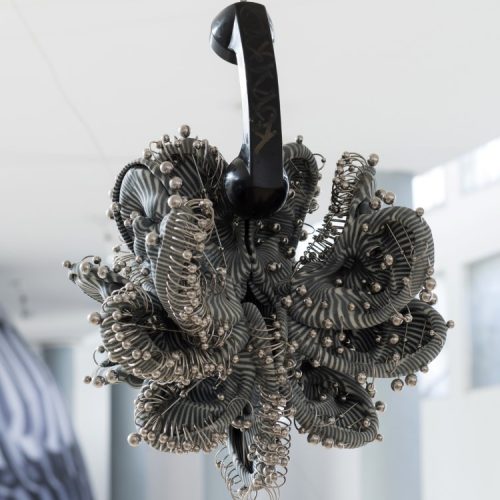 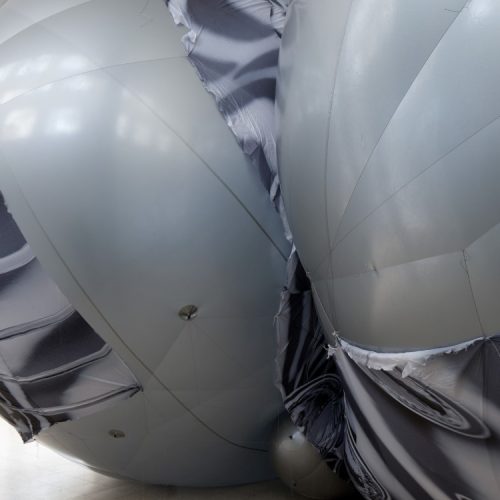