The exhibition Stylus Days looks at the work of Shmuel (Shmulik) Katz from two points of view: the first follows an extensive enterprise of one man, a multidisciplinary and prolific artist, who was simultaneously a gifted draftsman and painter, a renowned children’s book illustrator, a graphic designer, a political cartoonist, a military painter, a draftsmen of theater plays, a muralist, a traveler through Israel and the globe, and also – a pianist and accordionist… the other point of departure focuses on his profound impulse to constantly draw and translate the events of his life to the touch of the ink on the surface of the paper, as though saying: “I draw therefore I am” …Surrounded by ink pots, armed with drawing tools and sketchbooks, Katz acted as a recorder – documenting and reporting, a painter-ambassador of sorts, who goes out into the world driven by personal curiosity and a deep sense of responsibility towards reality and history. Katz drew events and facts alongside fairytales and magical fantasies, wars and battles alongside ceremonies and peace summits.
Shmuel Katz’s Stylus Days were packed with activities, while he served as a senior painter of The Kibbutz HaArtzi-Hashomer Hatzair movement, entrusted with the design of the Mapam party posters, book covers for Sifriat Poalim, cartoons for Al HaMishmar newspaper and illustrations for Mishmar Layeladim (the weekly publication for children); As an artist in his own Kibbutz – Ga’aton – he designed any of the community’s needs – from decorations for holidays festivities up to ornamental Ketubahs for marrying couples; Katz was active in designing and painting propaganda materials for the Ministry of Public Diplomacy, the Israeli Post and the Citrus Council, and devised decorative walls in public buildings. And finally, or perhaps, before anything else, Stylus Days were his days as a renowned illustrator of children’s books, including Hasamba, Hurray to the Jungle, Flat for Rent, Bulbul Why Because and many other classics that can be found in the bookcase of almost every Israeli home.

The exhibition also exposes less familiar chapters in Katz’s oeuvre: an ambitious group of paintings after his impressions from the Cabri-Oshrat Ma’abara (immigrants transit camp) in the mid 1950s, a series of paintings that engage with the story of Tamar and Yehuda, based on Genesis 38, and series of paintings and drawings he made during his journeys throughout Israel and the world – Sodom and Eilat, Ethiopia and French Somaliland, Isfahan and Shiraz in Iran and the vast Egypt. These episodes complete and add to his famous and long-lasting activity as a caricaturist in Al HaMishmar and Maariv newspapers.

Shmuel Alexander Katz was born in Vienna in 1926, and spent his youth with his grandparents in Hungary. He lived through the horrors of the Second World War in occupied Budapest, and when it ended came to Israel after ten months stay at a British detention camp in Cyprus. He is one of the founders of Kibbutz Ga’aton, in which he lived and worked to his last day in March 2010. His good nature, abundant humor and relentless optimism are best represented by the image of the sun shining over the world. “One thing really stands out”, wrote him one of his friends, “you are unable to see the hurtful, the abject, the demeaning, the primitive with an irate and sad eye. Something cheerful, humorous, always seems to wink at the viewer”.

The retrospective exhibition Shmuel Katz: The Stylus Days asks to remember Shmuel Katz, or Shmuli, as he was called by his friends, in a paraphrase on Lea Goldberg’s famous rhymes – a man who embodied in his illustrations and in his life the idea of “a good life – a peaceful life”. 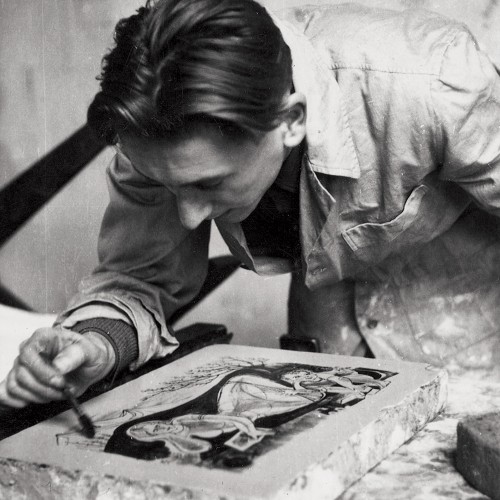 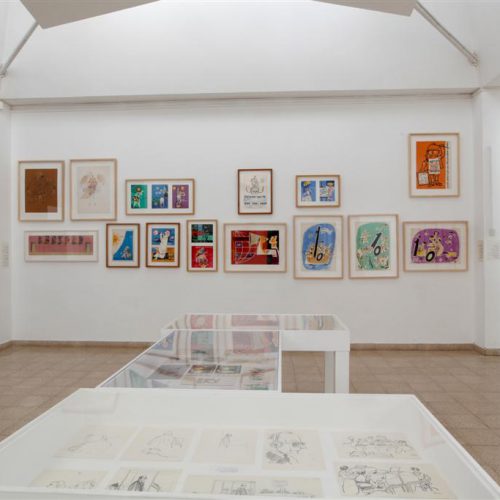 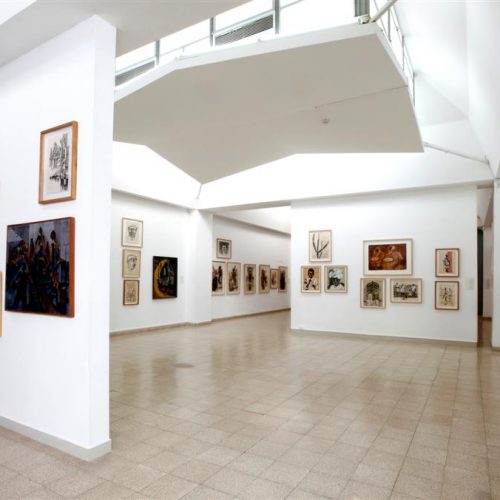 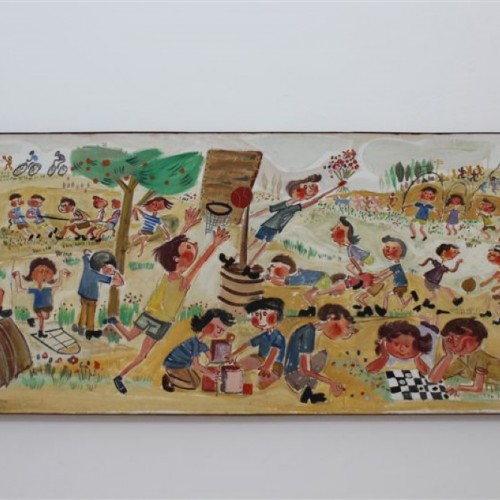 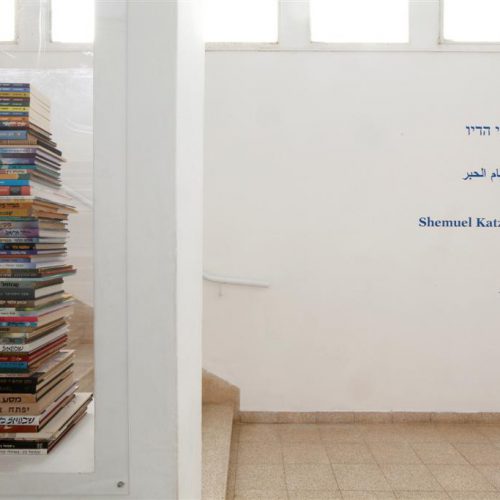 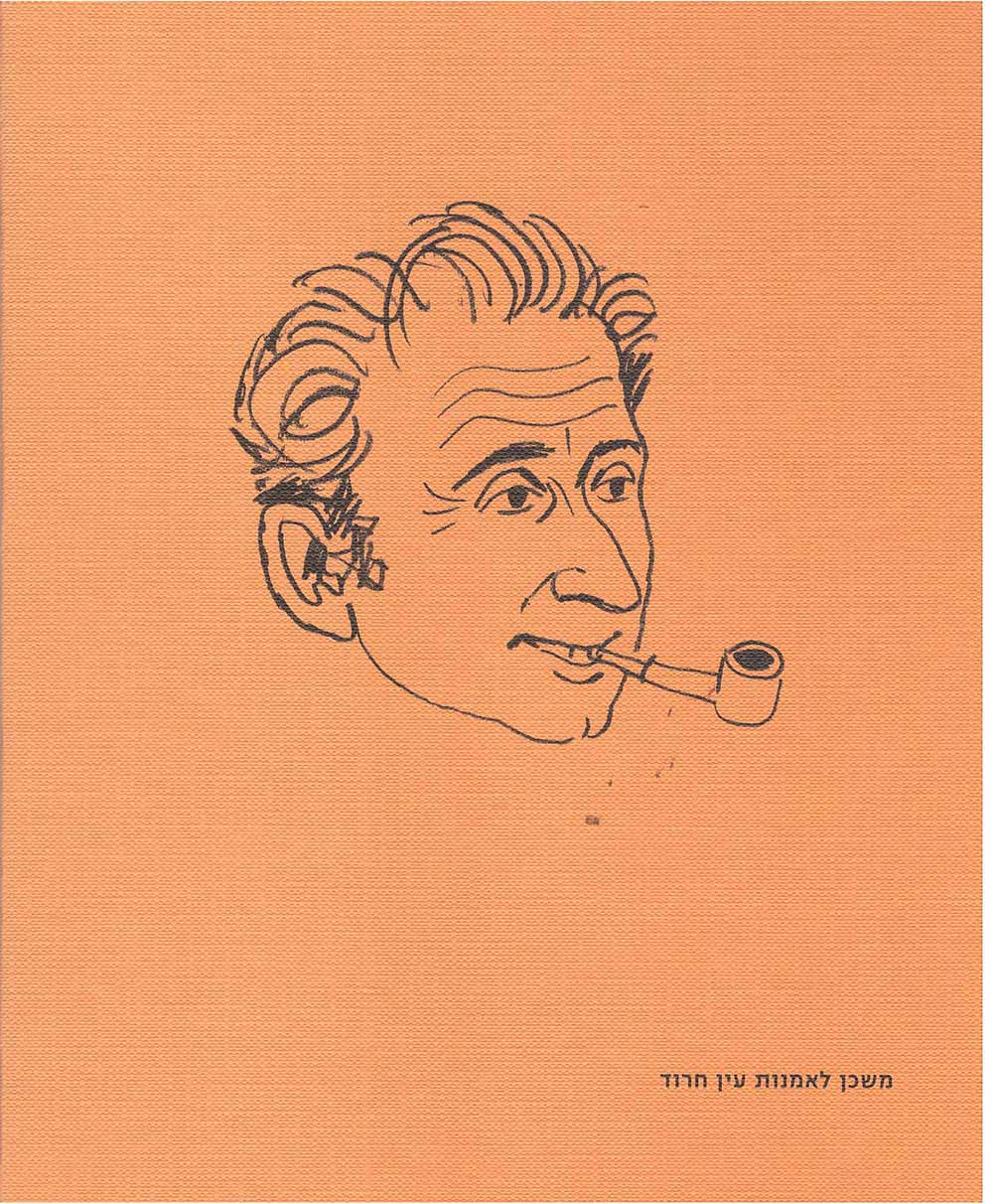